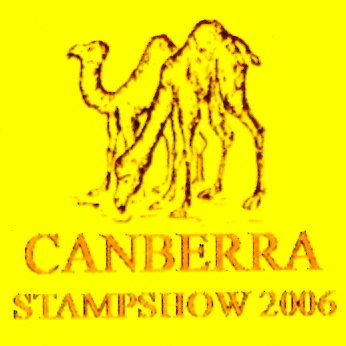 Birds and Their Habitat :  and Territories

Introduction and Development of Self-Adhesive Stamps

A young Filipina made history at the recent international stamp show in .

Alyssah Xeniah C. Alcala of , won the prestigious Gold and Special Prize at State Level of this years edition of the Canberra Stampshow.

The bulk of the exhibitors came from , there were 6 exhibitors from , one from , and Alyssah was the representative from the .

The Canberra Stampshow was the first international exhibition of the two-frame philatelic exhibit of Alyssah entitled Her Majesty QUEEN ELIZABETH II. The exhibit featured the illustrious life and reign of Queen Elizabeth II using postage stamps and other related philatelic materials issued by various issuing entities from around the world.

In the 20 year history of the Canberra Stampshow, Alyssah was the very first Filipino to join the exhibition, the youngest exhibitor ever to join at 12 years old and one of the first two exhibitors ever to receive a Gold Medal for the youth category.

You make us all proud Alyssah, and your are indeed a role model for the Filipino youth. Congratulations !

It was a great feat for PCSC member Alyssah Xeniah C. Alcala (4301-0625-0488) of  ,   to win the Gold and Special Prize at the State Level of the recent Canberra Stampshow 2006.  This show was the 14th National Philatelic Convention and it was held at the Hellenic Club,  , Woden,  .   It was a modified National Exhibition organized by the Philatelic Society of Canberra Inc.,  with State-level classes under the auspices of the ACT Philatelic Council Inc.  and National-level classes under the auspices of the Australian Philatelic Federation Ltd.

The Canberra Stampshow was the first international exhibition of the two-frame philatelic exhibit of Alyssah entitled "Her Majesty QUEEN ELIZABETH II."   The exhibit features the illustrious life and reign of Queen Elizabeth II using postage stamps and other related philatelic materials issued by various issuing entities from around the world.   In  the 20 years of the Stampshow,  Alyssah  was the first Filipino and youngest entry in the event.   She is one of only two recipients of the Youth Gold Award in the Stampshow’s history.   Alyssah's  participation in this exhibition was made possible through the help of many philatelists and donors.  In particular, her exhibit was sponsored by Congressman Proceso J. Alcala and Mr. Michael Dodd of cddstamps ().

In the local scene her exhibit has already won the top prizes in GUMACAPEX 2005,  1st LUCBANPEX,  and  SULAT AT SELYO : 3rd  Philatelic Exhibition.

Hopefully her exhibit will also reap more awards on August 18 - 20 in the forthcoming Adelaide Stampex in .

Published on page 8 of The P.S.C.S. Philatelic Update 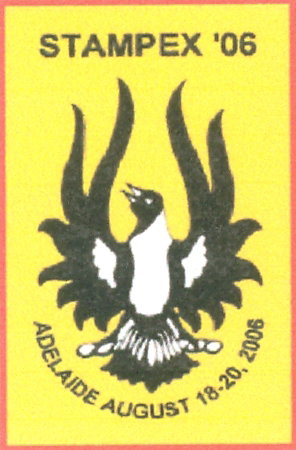 A Time Journey Through

Birds and Their Habitat :  and Territories Offered prayers for the exhibit in St. Ferdinand Cathedral,

Exhibit was posted at 2GO branch -

2GO forwarded the exhibit to DHL in

Arrived in sort facility in

Delivered and signed for by Fueller.

I am pleased to advise that your 3-frame exhibit has been safely delivered by DHL Courier to my office this morning. This means I will take it directly to the Melbourne Stampshow Bin Room on Wednesday morning. Alyssah, in light of the fact that your nice Queen Elizabeth exhibit is in Australia right now, I thought you'd be interested in checking out this web site from Australia Post ,,,
Best wishes on winning high marks on your exhibit!

Congratulations !  Wishing you the best in your future endeavor :)

Congrats and good luck to Alyssah

oh wow its a great news! and once all over again a big clapclap and congrats to you!  looking forward on your next exhibits and www.awards.collection

In September 24, 2009 the three-frame Her Majesty Queen Elizabeth II exhibit of Alyssah Xeniah C. Alcala was awarded by Australia Post with Melbourne Stampshow  Youth Encouragement Prize.   The award was the 2008 Collection of Australian Stamps.

I'm glad the prize reached you ok.  Well done on your exhibition entry. I wish you well in your hobby.

A competitive world offers two possibilities. You can lose.  Or, if you want to win, you can change  THINKEXIST.COM