78th National Stamp Exhibition of the Royal 2010 Royale is a National Stamp Exhibition of Canada and the 82nd annual convention of the Royal Philatelic Society of Canada. It was hosted by Essex County Stamp Club and Kent County Stamp Club.    The Essex County Stamp Club was founded in 1978.   The club meets at the Community of Christ Church at in on the first and third Wednesdays of each month at 7:00 pm.   The purpose of the club is to promote stamp collecting and to provide a place for collectors to meet.   Find out more at the club website www.essexcountystampclub.com.   The Kent County Stamp Club was established in 1938 to promote the enjoyment of philately among the stamp collectors of Chatham and Kent.   It endeavors to serve the many varied interests of its members.   The club meets the 4th Wednesday of every month at , at 8:00 pm.

Clair Centre for the Arts

Thank you for the message.  I'll mail the forms asap.

Will look for your entry when appropriate.

Have not received your entry yet. Because of the Easter holiday there was no mail today. Deliveries start again on Tuesday, April 6th.  I will tell you when it does arrive.

I received your letter today.  Your exhibit is accepted for the show.  At this time you are the only one with an entry in the Youth Class.  I have your title page but will need the synopsis soon   Thank you for your interest in our show !

And a pleasant day to you Alyssah. Your exhibit should be sent to Brian Cutler  I should also mention that I have your title page (colour photograph of Queen Elizabeth II) but I do not have an outline/synopsis of the exhibit itself to give to the judges.  Your exhibit is one of 4 in the Youth class.  All the best.

Your exhibit arrived at my office a few minutes ago.   Thank you for exhibiting here in Canada.   Hope you do well in the exhibit.

Well done!  You received a silver medal.  Tony Mancinone was in charge of the prizes and awards.  He will be contacting you.

And a pleasant day to you too, Alyssah.

I have good news.  Your exhibit was awarded RPSC SILVER MEDAL, the American Topical Association's Youth Award, and the AAPE Youth Grand Award.

The AAPE (American Association of Philatelic Exhibitors) provides a certificate which indicates that you have been chosen to represent Royal 2010 Royale in the AAPE Champion of Champions (June 24-26, 2011 in ) with your exhibit.  Additional information is provided with the certificate.

The complete list of awards should be available shortly.  I will be preparing your exhibit for shipment in a few days.  Mr. Breckon & I have been in contact regarding details.

To represent ROYAL 2010 ROYALE in the 2011 American Association of Philatelic Exhibitors Youth Champion of Champions to be held in Milwaukee, Wisconsin, USA. 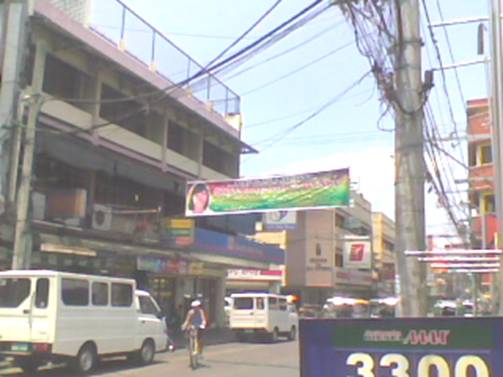 I am please to hear of your results at Royal 2010 and it is great that you will be participating in AAPE Youth Championship in 2011...

Pls convey our Congratulations to her po.  I hope we cud arrange a speaking engagement for her to teach our young collectors the gist of organizing winning exhibits 1 of diz days.  Malaki po ang maitutulong nya s young collectors natin.  Tnx po.

I'm sure you are very pleased with your accomplishment.

For your information, the 2011 AAPE Youth Championship will be held in , in June next year.  See the letter that comes with your certificate for more details.

My congratulations.  You won more than a youth can usually achieve!  That looks like a splendid philatelic future ...  I won about 70 medals at exhibitions in many countries and at all ranks.  My exhibits were of Irish and Luxembourgian material.  Tell me if I can help in any way.  I shall do.

Kind regards to you

Congratulations on the awards you won at the Royal 2010,  I am happy that you were sucessful and I will continue to look for more items to send your way.

Congratulate to all your philatelic records.

We at the Hong Kong Philatelic Society are proud of your achievements.

Try to prepare for FILPEX 2010 tentatively scheduled on September 2010.  This will be a national competition.

Will you write an article for our journal "The Asia Pacific Exhibitor" about your exhibit ...

Received your emails and will reply properly tonight as I have been out a lot with work this week.  One thing that would be very useful would be to ask Paul if he can obtain as much feedback from the judges to be specific about areas that you need to focus to move the collection to the next level. The more precise he can be on the feedback the better we can then focus on areas that the judges are looking at.

Aside from that, you have done well and congratulations on the youth awards !!!

Congratulations on your wonderful honor and best wishes for your continued success with your exhibition. I'm happy that the Pembroke Welsh Corgi Club of America was able to play a small part in your endeavor.

Congratulations on your winning the exhibition. I am Karen McField, Manager Philatelic Bureau so the reason I am responding to your message. I guess youve been corresponding with my Assistant Mrs. Gene Webb, shell be glad to hear this when she sees your message when she returns next week.

Our Journal will be distributed in about 2 weeks ...

That's excellent news, thanks for letting me know.

good for you! congratulations.

Keep up the good work!

Congratulations on your well-deserved awards.

Congratulations, Alyssah, and keep up the good work !

Hi Alyssah!
Wow!  I am so happy for you and your success in Canada with your Silver Medal!  Did you use any of the materials that I sent to you?  At the moment I don't have too much more QE II materials, but I will save anything that comes my way.  Take care and best wishes in your next competitive entry!
Sincerely,
Mike Puccetti

wow congratulation ... and good luck on the next one ... more power and more awards to come ... este collect ...

QE II exhibit was posted at

QE II exhibit arrived in the .

QE II exhibit was picked up at PhilPost Quezon Capitol in .